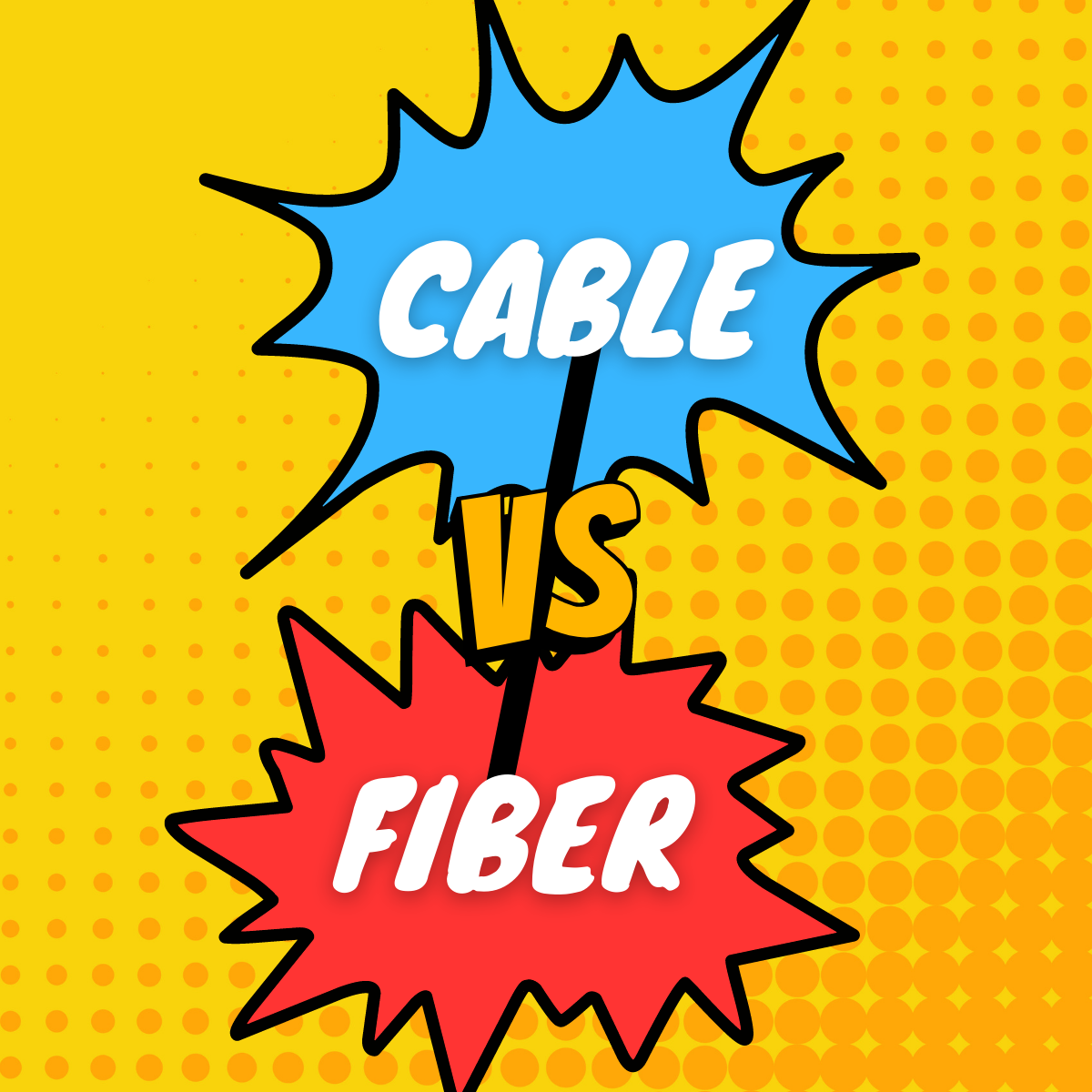 We all know how important the internet is in our lives. It’s become a staple in education, entertainment, and communication. We rely on it for nearly everything we do. So, when it comes to choosing an internet service provider (ISP), it’s important to choose one that can give you the best possible connection. The modern Internet connection options that your ISP provide are typically Cable vs Fiber Internet as well as DSL internet. How do you choose which option is right for me, and which one is better overall? 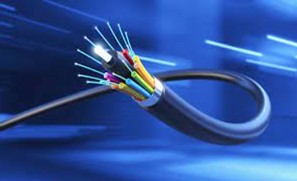 Cable internet works by using the same infrastructure as cable TV. Your Internet Service Provider will connect a coaxial cable to your home, which then connects to a modem or router. The modem or router translates the signal so that your devices can connect to the internet. The coaxial cable is made of a copper core enclosed in a dielectric insulator which is also wrapped in a woven copper shield, and finally protected by an outside plastic layer. To connect your computer to the internet, the modem uses an ethernet cable after which you will have a high-speed internet.

What is Fiber Internet and How Does It Work 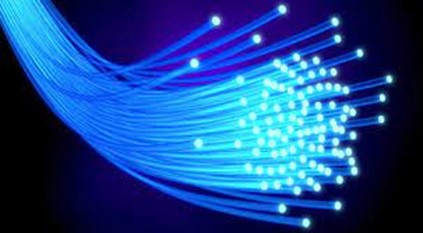 Fiber internet is the newest type of broadband internet service. It uses optical fiber cables to transmit data made of extremely thin strands of glass. The glass is surrounded by a protective coating, and enclosed in plastic. The cable consists of two layers; the core and cladding. The core is the fiber’s innermost part, and light passes through it. It is also made of glass. The cladding is the protective coating since it is a thicker layer made of plastic or glass wrapped around the core. The fiber optic cable is connected to an optical network terminal (ONT), which is then connected to a router. The router gives you access to the internet.

Fiber internet is very fast, reliable, and has low latency. That means that there is a very little delay when you’re trying to load a website or stream a video. Fiber internet is also not affected by how many people are using the internet in your area. However, one of the downsides to fiber internet is that it’s not currently available in all areas, however that is likely changing soon. Fiber is typically more expensive than Cable or DSL

So, Which is Better? Cable vs Fiber Internet?

The answer to this question usually depends on what your use case is for the internet connection, but there is a clear winner if we are talking which is “best”. If you’re looking for a basic, fast and affordable internet connection, then cable is usually a great choice. In the end, if you’re looking for the best in terms of speed and reliability, then fiber wins every time.

What is DSL Internet

Digital Subscriber Line (DSL) Internet is a type of broadband internet that uses old school copper phone lines to transmit data. DSL Internet is usually the slowest possible connection type, however it is available in most areas, even areas where cable or fiber may not be offered. The reason DSL is not typically suggested these days is that phone lines were simply not designed to handle the type of internet traffic that is used in our daily lives for personal or business use. In addition to that, the download speed is dependent on the proximity to the central office so if you’re further away from your provider, you may have even slower speeds than someone closer. Typically, DSL download speed is between 25 to 100 Mbps on average. 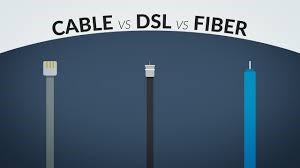 When it comes to Fiber or DSL, Fiber is the clear winner. Fiber is the most modern connection type, with DSL lagging behind in terms of technology. Typically a fiber connection is much more reliable in terms of the speed advertised vs what you actually get as opposed to DSL where it varies by your location. Also Fiber always wins in terms of speed, however DSL might be a less expensive option.

DSL Internet connects from the ISP directly, where a cable connection might be shared with your neighbors. However, the bigger the proximity from the DSL provider to your network, the more unstable the signals become. Even though cable internet speed is much greater, the connection can be unreliable due to bandwidth sharing. The bandwidth is usually very unstable during peak hours due to this shared connection. Fiber does not have any of these limitations, making it the most stable of the three.

DSL has been in existence for a longer time than cable and fiber. It is also more widely available. But it is not as reliable as the other two, there are many reliability concerns, especially during a weather or other emergency event. Cable is more reliable than DSL but can still drop during peak hours due to bandwidth sharing. Fiber-Optic Internet is the most reliable of the three with speeds that are consistent even during peak hours.

DSL and Cable are the worst in terms of Latency. For DSL, it depends on factors such as the underlying DSL infrastructure, distance to provider and the overall provider’s capabilities. Cable latency is heavily influenced by your neighbors due to the shared connection type. Fiber-Optic Internet has the lowest latency among the three.

DSL is going to be the cheapest option. The price typically ranges from $30-$100 per month. Cable is usually slightly more expensive than DSL, with the price ranging from $50-$150 per month. Fiber is the most expensive, with the price ranging from $50-$200 per month. These price ranges are typical for consumer based internet services across the US. If you are looking for a dedicated business internet service, the prices are considerably higher due to better service, greater reliability, and a dedicated team devoted to your business from the ISP.

Internet for your business is a critical component to ensure your employees are efficient and productive, and your systems are operating at the highest capacity that they can. Hopefully this article helped you in your decision on the comparison between cable vs fiber internet as well as taking a look at the third option which is DSL Internet.

If you need some help picking the right internet service, or getting the most out of your service in general, feel free to contact us, and a Sirius representative will reach out. Our team partners with local Internet Service Providers across the country to get you the best speed at the lowest price.

Sign up now to get news and special offers.